With the SARS 2-Covid-19 Coronavirus pandemic on the rise and the world anxiously awaiting the advent of effective medicines and vaccines, (according to the WHO, around 70 vaccines are currently being developed worldwide, 3 of which have already reached the stage of clinical trials), the discussion concerning the competition between pharmaceutical companies, on who will reach the finish first, is heating up. Meanwhile, publications touching upon the issue of ownership of the potential upcoming medicines or vaccines are also thickening.

A central question is whether and to what extent, it is right or even appropriate to grant patents to the inventors of medicines and vaccines, in times that these are necessary for the protection of public health.

From their side, pharmaceutical companies generally place particular emphasis on the protection of patents, which cover their most successful, from a commercial point of view, pharmaceutical products. They aim to amortize their significant investments made, as well as to make a profit, over the lifetime of their patents, which is normally 20 years (exceptionally, and especially for pharmaceutical products, the duration of protection may reach 25 years, due to the lengthy procedures required for their authorization).

This divide is there and has legal and political roots. Those who criticize the patent system argue, that the legal framework for the protection of patents leads to monopolies that restrict competition and result in the suffocation of scientific progress and ultimately, to an absurd, exclusive individual ownership of intangible goods, which should, instead, belong in the public domain. Another argument, especially in relation to patents of pharmaceutical products, is that they allow their proprietors to charge high prices, making them inaccessible to a large proportion of people who are in their need, which, in the end, generates issues of ethical nature.

At the other end of the scale, there is the opinion that patent system acts as a necessary encouragement for the creative intellectual effort required to achieve scientific progress, while enhancing the production and dissemination of knowledge in the public interest (through the disclosure of the invention). In addition, by allowing the exclusive exploitation of patents, the system ensures that their inventors or proprietors receive a fair, material remuneration for the efforts made. Finally, it also allows for the recovery of the significant investments made in the research and development processes.

A comprehensive and effective legal framework for the protection of industrial property rights must, promote and reward innovation as well as prevent social distortions, ensuring that innovation is disseminated to the public as quickly as possible. At this point, the provision of an overview of the current legal framework governing the granting and use of patents in Greece, might be useful.

A patent is a right which is granted by law only if it meets certain cumulative requirements (the invention should be new, involve an inventive step, and be capable of industrial application) and only after a certain procedure has been followed. It aims to protect technical inventions of the human mind which are the results of creativeness and inventiveness and add value to the state of the art, by solving a specific technical problem (e.g. devices, materials, medicines, chemical compounds, etc.). Once granted, a patent equips its proprietor with the exclusive right to use it, while arming him with the right to prevent third parties from commercializing it, acting as a kind of legal monopoly. In exchange for such rights, the inventor discloses his invention to the public. As of that point the invention can be studied, freely by any third party.

While it is clear that the relevant legal framework has in principle, as its aim, to ensure the exclusive use of the patent by its proprietor, it also provides for some exceptions to this rule. The most important exception, which has become highly relevant due to the current situation, is undoubtedly the possibility of having to grant compulsory licenses to third parties, which allows, under certain special conditions, governments to circumvent the rights that protect specific inventions. This possibility, which has so far, been used very rarely in Europe, might seem extremely restrictive for the patent proprietor, but it could be a one-way street in circumstances where human lives are at stake.

A relevant provision is also contained in Greece’s current legal framework. The relevant provision allows the licensing of an invention to public sector institutions on the ground of imperative reasons related to public health, under the condition that the products covered by it are not sufficient to meet domestic demand. Such compulsory licenses are granted by virtue of a decision of the competent Ministers, in return for which the proprietor of the patent receives reasonable compensation. Similar provisions are also found in the laws of other EU Member States, such as France and Spain.

Nevertheless, it has to be stressed out, that the above-mentioned provision allows the State, to merely produce the products covered by the patent after obtaining the required compulsory license. It does not exempt the State from the obligation to compensate the proprietor of the patent and by no means does the license lead to the expropriation of the patent, which remains the patent proprietor’s property.

It is perhaps this exceptional possibility found in the patent legal framework, which could allow States to circumvent intellectual property rights on any medicines that will be potentially created, that triggered the debate on “the acquisition of patents”, which has also been in the spotlight of certain reports in the Greek press.

Under the pressure of the pandemic, the voices of those who argue that the medicines or vaccines that will be created, should be immediately made available to the public, are becoming more and more. In an article published on March 31st 2020, the Financial Times reported that Costa Rica submitted to the WHO, a proposal for pharmaceutical companies to voluntarily pool their intellectual property for medicines and vaccines, in order for governments or other drug manufacturers to be able to proceed to their production, allowing them to do this at a lower cost.

In an article published on the April 6th 2020, the German newspaper Frankfurter Allgemeine reported, that the Greek Prime Minister is in favor of the acquisition of patents, (that will be granted for the protection of Covid-19 related medicines) jointly with other European Partners, considering it as an appropriate solution in order to ensure the rational provision to the Public of means of defense against the virus. It is also mentioned that the relevant financial lure could act as a counterbalance to the (economic and organizational) support offered by the US and UK governments to pharmaceutical companies which are involved in the project of developing medicines and vaccines to treat the disease.

It is rather obvious, that the existing fear is that the medicines and vaccines that will be created will, at least at a first stage, be channeled in order to meet the needs, exclusively of the States that have supported the research efforts of the pharmaceutical companies, thus making the access to them in other States that also need them, more challenging. As a safeguard against such a “state of emergency”, the Legislator had, in foresight introduced the possibility to allow for the granting of the “compulsory licenses”, mentioned above. 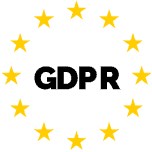 When you visit any web site, it may store or retrieve information on your browser, mostly in the form of cookies. Control your personal Cookie Services here.

Strictly Necessary Cookies Preference Cookies Statistics Cookies Marketing Cookies
These are cookies that are essential for the functioning of our website, such as cookies that enable you to connect to secure parts of the website, parts that maintain your language choice etc. Such cookies do not identify you, are deleted automatically once you shut your browser and are necessary for the effective functioning of the website.
Strictly Necessary Cookies
Preference cookies allow a website to remember information that chance the way in which a website behaves or appears, such as e.g. the preferred language, or the area in which you are located.
Preference Cookies
We use Google Analytics cookies in order to collect information about how the website’s visitors use it. The IP addresses are anonymized in the context of the Google Analytics service and the anonymized data are then transmitted to and stored by Google in its servers in the USA.
Google Analytics
Marketing cookies are used to track visitors across websites. The intention is to display ads that are relevant and engaging for the individual user and thereby more valuable for publishers and third party advertisers.
Marketing Cookies
Decline all Services
Accept all Services